When Money Changes Society. The case of Sardex money as community

Money is a central institution of contemporary society. Social interaction in daily life is often mediated by money and the way in which a currency functions can influence individual behaviours and social dynamics. This book studies Sardex money, a successful money experiment, describing how Sardex was created, how it functions and the effects it has generated.

Sardex money was created in Sardinia, one of the poorest European regions, in 2009, and during the Great Recession period it developed into a complex, well-organised monetary system. Sardex money functions as a complex bond, the principal components of which are currency characteristics, membership network regulations and specific social mechanisms. The interaction of these elements creates social effects which this study presents as effects on trust, cooperation and solidarity, each of which has specific generative mechanisms (selection, signalling, reciprocity, monitoring and sanctioning, opportunities, desires, beliefs, collective action).

This work proposes a new typology for the social functioning of money which expands traditional economic explanations of money functioning and it compares Sardex with modern-state currencies and crypto-currencies. Money has the power to influence the relationship between individual and society: it can generate trust-based relationships, it can favour competition or cooperation and it can facilitate the emergence of collective action. Money is not only an instrument for subjective preferences – it has the power to change society. 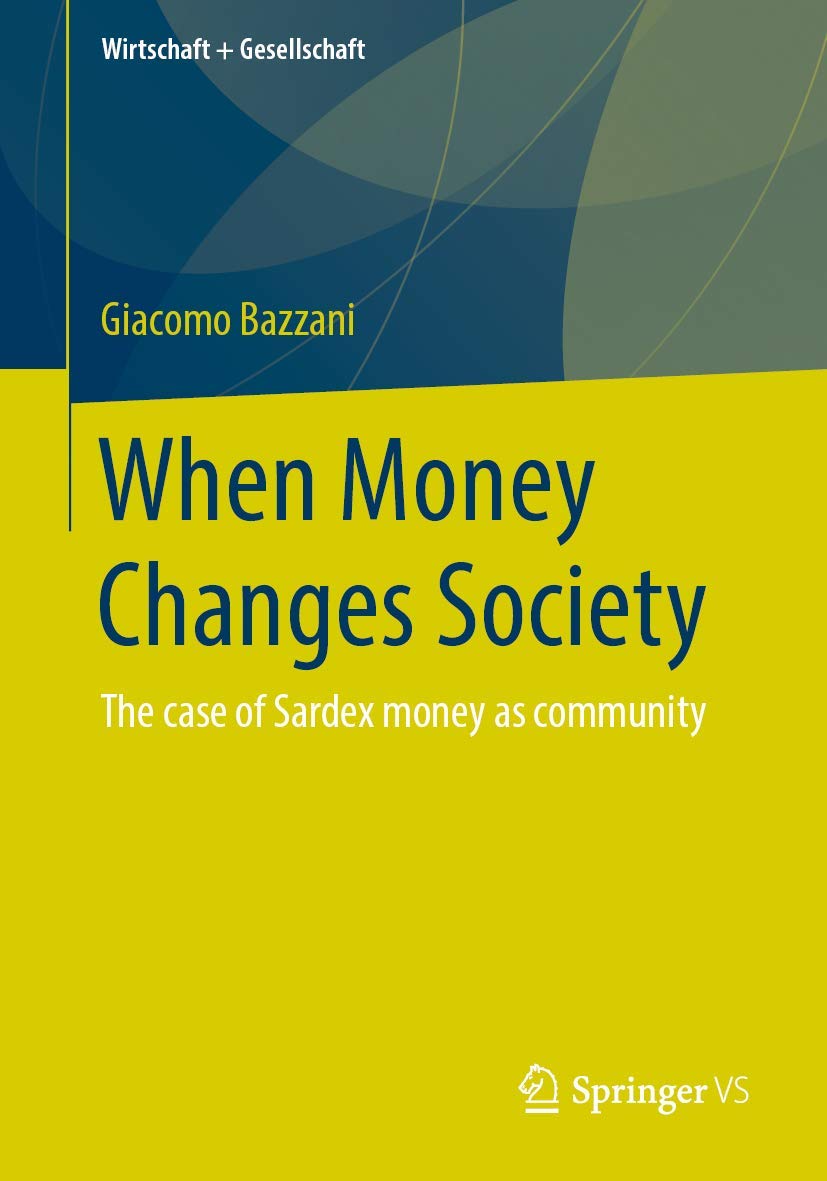