UK's The Times publishes piece on research presented at the 14th ESA Conference!

Read the article published in the 'Business section' on 21 August 2019, here:

"Trade union representatives in Britain are less trusting of company managers than their counterparts in the European Union, according to research. Only 64 per cent of workers’ representatives and other elected officials in the UK said that they had any trust in their managers, compared with an average of about 84 per cent in the EU. Yet while British workers’ representatives had low levels of trust in their management, about 93 per cent of managers said that they trusted the elected officials at their company. This was in line with the EU average of 91 per cent." 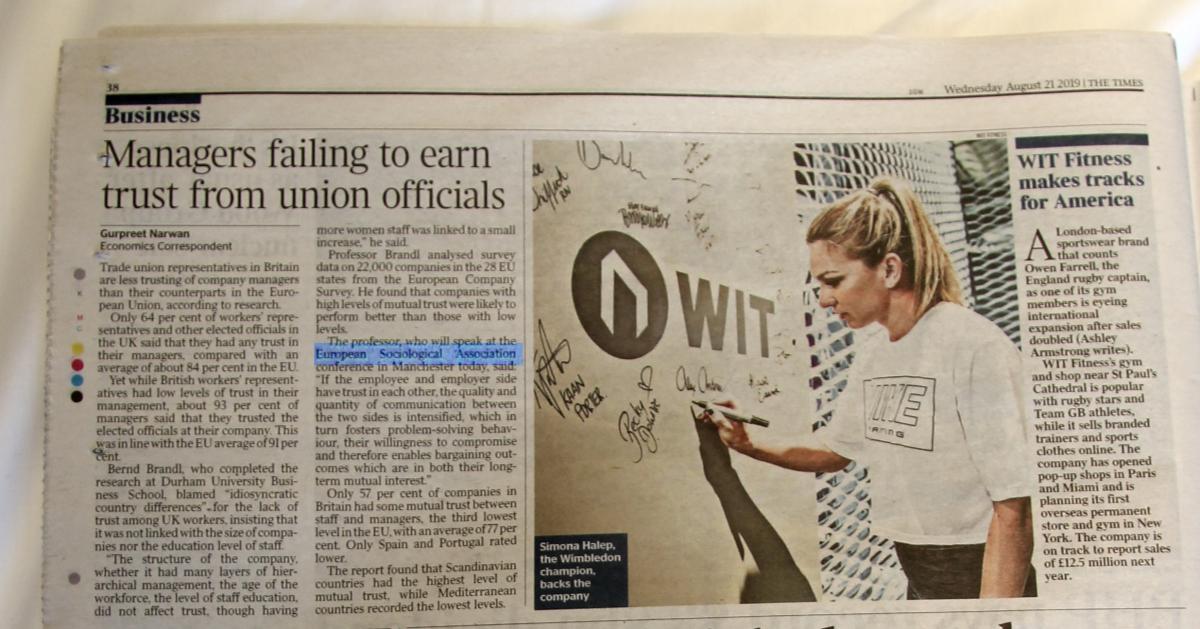